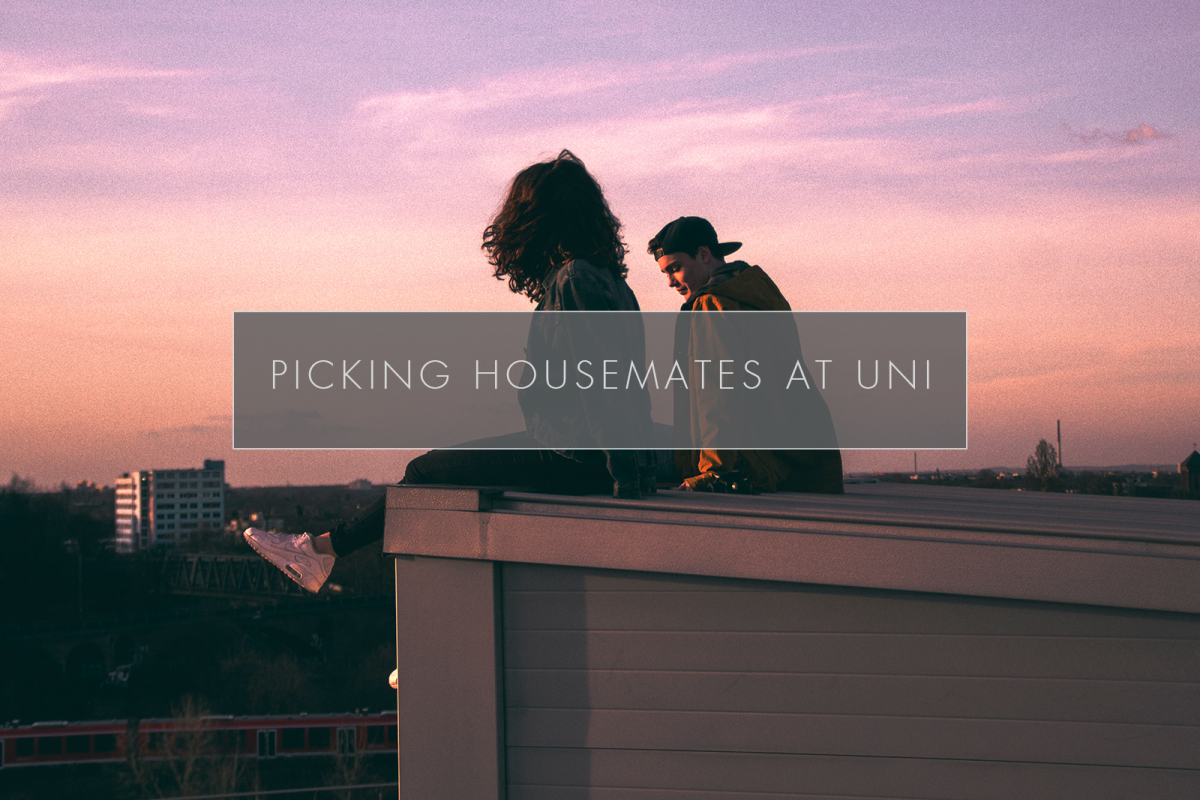 Picking Housemates at Uni: The Good, The Bad and The Awkward.

First term has flown by and although it feels like freshers week was only yesterday, it’s already time to start sorting out your housing arrangements for the following year. This means answering the ever so important question: who are you going to live with?

We’ve put together a guide of the good, the bad and the awkward to help you make that decision and get you (hopefully) one step closer to picking your future housemates.

Obviously in order to have the biggest choice of housemates, you first need to make some friends to choose from. More friends = more choice! There are three key ways of meeting people when you first come to University, within your halls of residence, by joining different societies and from the course that you study, so try to get to know as many people as you can, the Uni has thousands and thousands of students and you never know who you might meet!

Invariably, the friends you make in your first week of fresher’s will not be your friends for ever. Although on day one it may seem like the person next door is your soulmate, as you excitedly head off to your first night out, after the fresher’s week chaos dies down, you’ll have time to properly get to know everyone and see who, without the booze, really does match your personality.

Everybody has different priorities when choosing a student house and in order for your year living with your housemates to run smoothly, make sure that your priorities match. For some people tidiness is hugely important and so they would probably find it hard living with someone who doesn’t care about mess. If someone is already quite slobby in halls where there are cleaners, this is a usually good indicator of someone who would live like that in a house.  The same goes for cleanliness, preference on house size and distance away from campus / town / the shops etc.

Obviously it would be great to live with every single one of your friends but working out which size house would suit you best is another factor that should be thought about when picking house mates.  It could be that a group of ten splits up into two houses of five, or that in second year you’d prefer to live with as many friends as possible, knowing that in third year you’d rather live in a smaller flat? Deciding on your preferred student house size will also help you to discover which friends are thinking the same thing.

Make sure that you and your housemates have a similar idea of price range when looking at houses, this will avoid a disappointing discovery that people you ideally want to live with have a completely different budget to you. The same goes for when you live together, making sure you all have a similar budget for expenses is key, for example, are some people prepared to have the heating on all day? Arguments over who’s paying the bills are no fun at all.

Think carefully about who would benefit you if you were to have them as a housemate. If you’re not so hot on maths, living with someone who could work out the payments at the end of the month would help. The same goes for cleaning and cooking, having a housemate / wannabe-chef who can teach you a thing or two about recipes wouldn’t hurt when all you can cook is pasta.

Is your housemate in charge of stash for a society? Then be aware that your lounge may be filled up with boxes of clothes. Are they the Social Sec. for a sports club? As smaller team socials may then have to be held at your house. Do they have a boyfriend/girlfriend who will basically become an additional member of the house? As well as their obviously extremely important role as housemate and friend to you, invariably your housemates at Uni will have other involvements, responsibilities and even friends, so when you agree to live with them, make sure you know what you’re signing up for.

Although we always like to forget it, University is ultimately about education and getting the best degree that you can, so choosing housemates that will help you achieve this is a good idea. You might have lived in a big, crazy second year house already and now that you’re coming up to your final year, you’d prefer to live with some people who want to focus a bit more on work; or you think that living with people on the same course as you would be a benefit, as you could help each other out. The sort of people you live with can have a huge impact on your degree, so make sure they’re a good influence!

A rule of thumb for all student houses: Do not live with someone you’re sexually attracted to / dating.

Unless you’re 100% sure it is going to work out and last throughout your university career, you don’t need the added stress and awkwardness of living with someone you used to date, or worse, someone that it ended badly with – you also don’t want to be a housemate in this situation, it’s so awkward, so try to avoid it at all costs.

Ultimately you’ve got to do what you think is right for you. If you don’t want to live with someone, just tell them! Try to be as nice as possible, but at the end of the day it’s not worth living in a house where you’re not comfortable.

This is the only chance in your life that you’ll get to live with a big group of friends so make the most of it, enjoy it and choose your housemates wisely!